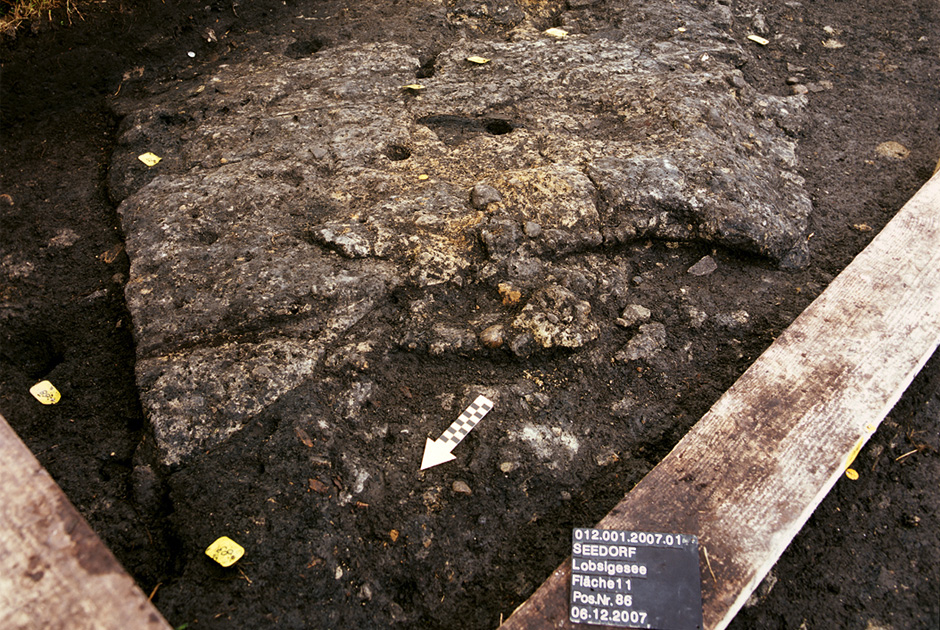 Short Description
During an excavation in 1953, on a slight elevation on the shore of Lake Lobsige, archaeologists found the remnants of a pile dwelling settlement that dated to the Neolithic, of about 3900 BC to 3700 BC, with well-preserved artefacts. Unfortunately, by 2007, much of the structures had eroded due to the draining of the marsh. Today, only the constant artificial re-inundation of the area, prevents the remains from further deterioration. There are three settlement phases present at the Lake Lobsige site. The oldest one belongs to a time when such lacustrine settlements in the Land-of-three-Lakes were rare and uncommon. Artefacts indicate that the inhabitants were traveling ling distances, to trade with people in other regions. Strangely shaped objects, items made of alpine crystal, and stone axe heads that are made of Nephrit and Zoisit – which only exist in the region around the Zermatt-Saas-Fee – demonstrate that the founders of this settlement maintained far-reaching relationships with other populations in the alpine valleys. Flint from southeastern and eastern France, as well as from northern Italy, point to an extensive network of contacts into distant regions.

Special Features & Highlights
One of few settlements in a bog. It’s a particularly old settlement. 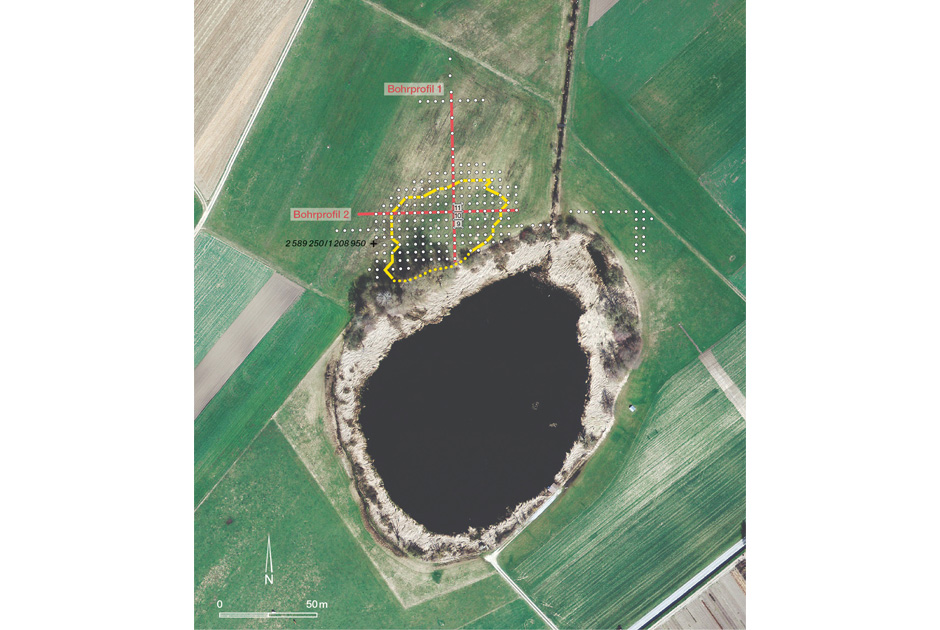 Pile Dwellings up close
The site is located under ground on the lakeshore/in the lake but the lake can be visited. A panel informs on site.