Short description
The site in the Obersee was only discovered by divers in 1998. In 1999, 2006 and 2011 more detailed investigations were carried out by the archaeological diving team of the city of Zurich. The settlement, which has a diameter of approx. 100 m, is located on a shallow area, formerly probably on a small island. It was surrounded by several rows of palisades. With an area of 3,000 to 4,000 m2 it is one of the largest settlements of the Early Bronze Age in the Alpine foothills. It has several construction phases and dates from the second half of the 17th century B.C. There is evidence of metalworking with a soapstone mould for razors of an Alpine type.

Special features & Highlights
The settlement gains importance because it is situated at the same time as the sea crossing traffic routes from Hurden-Rosshorn to Rapperswil. The Technikum site may have played the role of a controlling bridgehead. The significance of transport for the history of the region is thus clearly comprehensible for the first time. The Roman settlement of Kempraten and the medieval town of Rapperswil benefited from the same favourable traffic situation. Today, after over 3,500 years, traffic has become a plague. 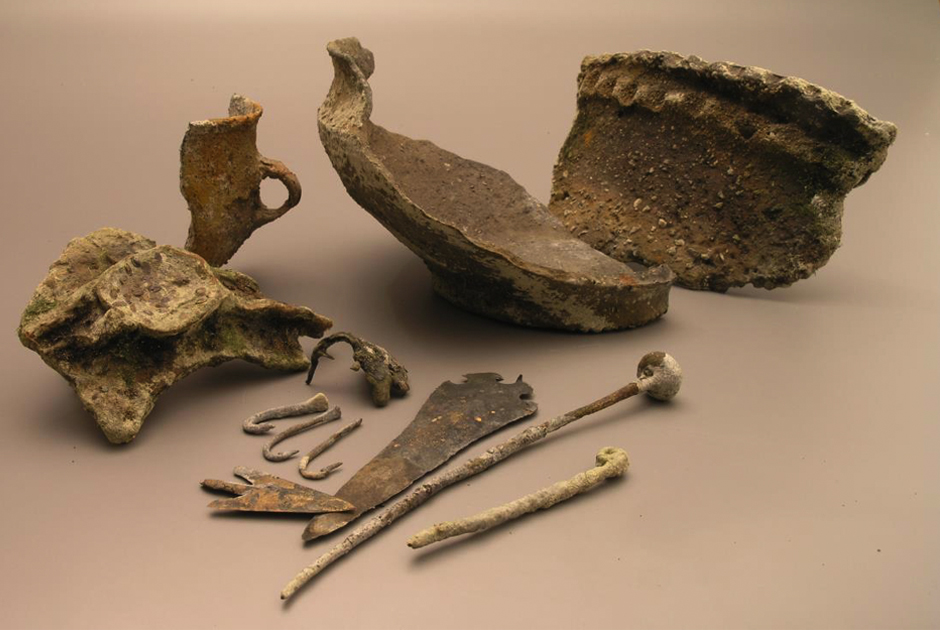 Current activities
Due to the danger of erosion, their centre was covered with geotextile and a 20 cm thick layer of gravel in 2011 as a long-term protective measure.

Pile dwellings up-close
The finds are exhibited in the Historical and Ethnological Museum St.Gallen.