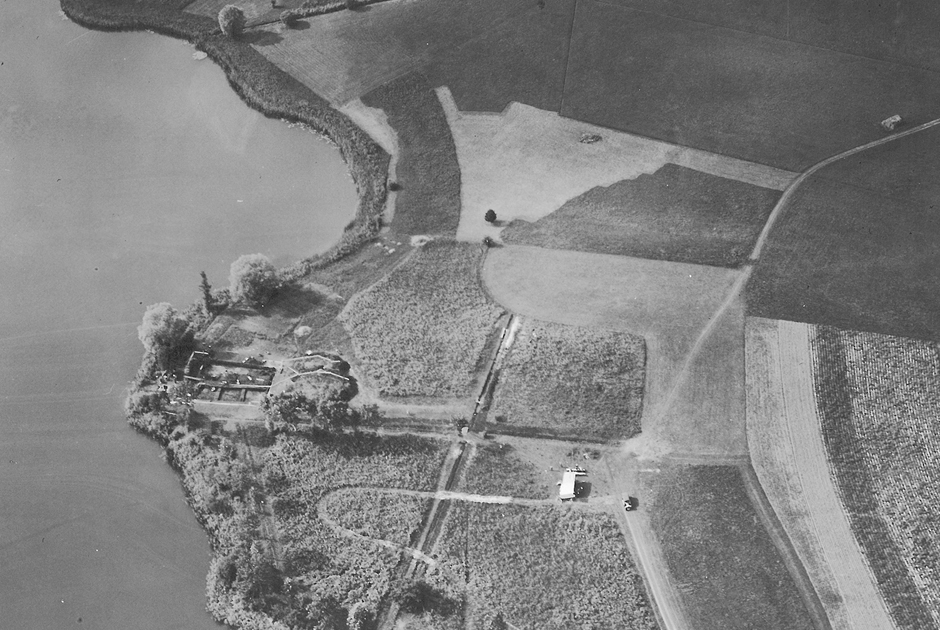 The pile dwelling sites were discovered in the 19th century, when the water level of the lake receded. The first and only excavation of the site took place in 1938. This is an aerial photo of the time © Kantonsarchäologie Luzern

Short Description
Along a stretch of about 500 meters of the Lake Baldegger shoreline, several Neolithic settlement remains have been discovered. In 1938, an extensive excavation project was conducted, that revealed a layer of the Cortaillod culture, with a thick packet of archaeological sediments. The dwellings of this settlement were constructed on the bare ground, and the rich material remains include lots of pottery and stone artefacts. Remains of organic materials are rare. Further diving prospecting resulted in the discovery of artifacts from the early and the classic Corailod culture, as well as from the Horgen culture and the Corded Ware culture. A single bronze sword was recovered. Probably a ritual deposit.

Special Features & Highlights
The last excavation here took place in 1938. The entire site encompasses approximately twelve prehistoric villages. The wide extent of the settlement periods, as well as its location at the cultural border between eastern and the western Switzerland, make the site especially interesting for research. 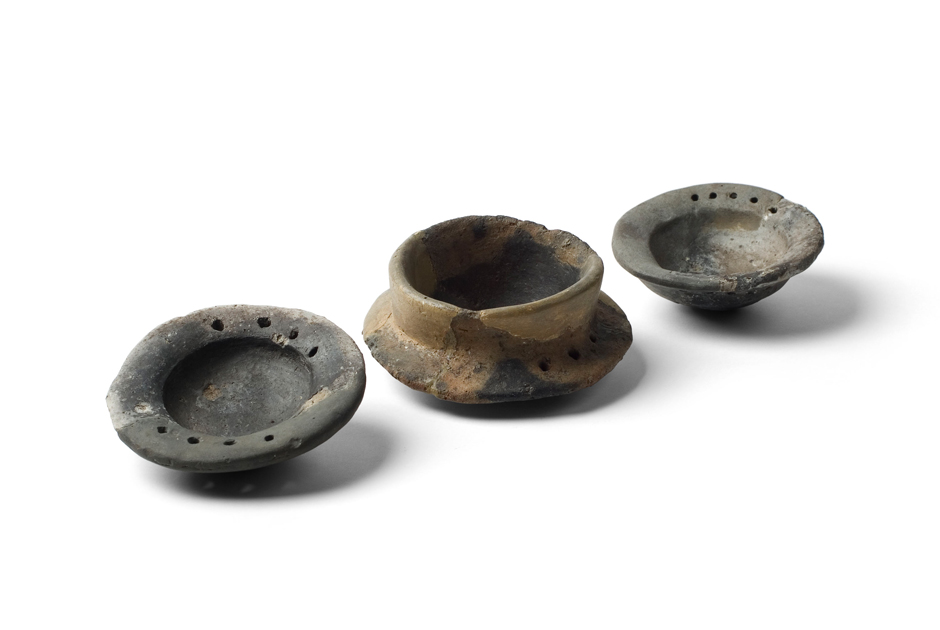 Current Activities
The edge of the far side of the site is endangered by erosion. Regular inspections monitor the situation.

Pile Dwellings up close
The site is not visible. An information panel is installed near to the site.