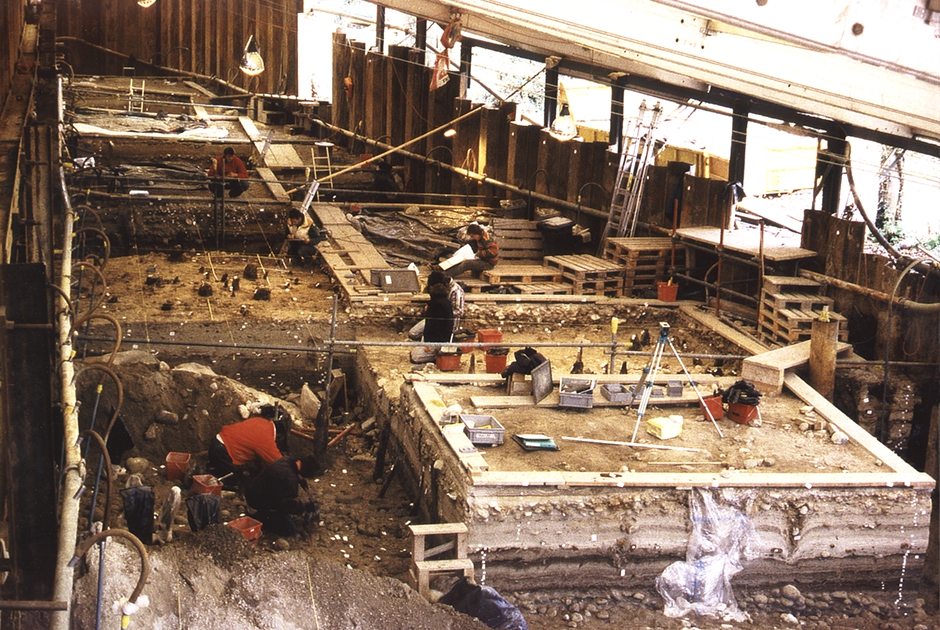 Short Description
During the construction of the new rail line Rail 2000, emergency excavations discovered exceptional archaeological deposits in the Bay of Concise. There are a total of three lacustrine settlements that are located in the townships of Concise and Corcelles-près-Concise. In the North-East lies the station of Sous-Colachos, which was settled between Middle Neolithic and the Early Bronze Age. The bigger part of the settlement is located on the shore, and the lesser one in the lake, is unfortunately partially eroded. During the Middle Neolithic, several access ways were constructed perpendicular to the shoreline, which served a total of twenty-five consecutive settlements on the site. During the Late Bronze Age, a new settlement was erected on an elevation near the shore (site of La Baie), which is today also covered by water. South-westerly from there is the site of Les Grèves, some distance into the lake from today’s shoreline. It is a very small site that dates to the Neolithic, and is unfortunately very badly preserved.

 Middle and Eneolithic and Early and Late Bronze Age

Special Features & Highlights
The prehistoric settlements of the Bay of Concise represent an unusual settlement duration and state of preservation. The oldest piles that were dated by C14 method, were cut between 4300 BC and 4000 BC. The youngest settlement period occurred in the Late Bronze Age, and is concentrated in the inundated area of the former elevation, with only a few remains on the shore. The entire settlement history at this location extends over nearly 3400 years, with few interruptions. 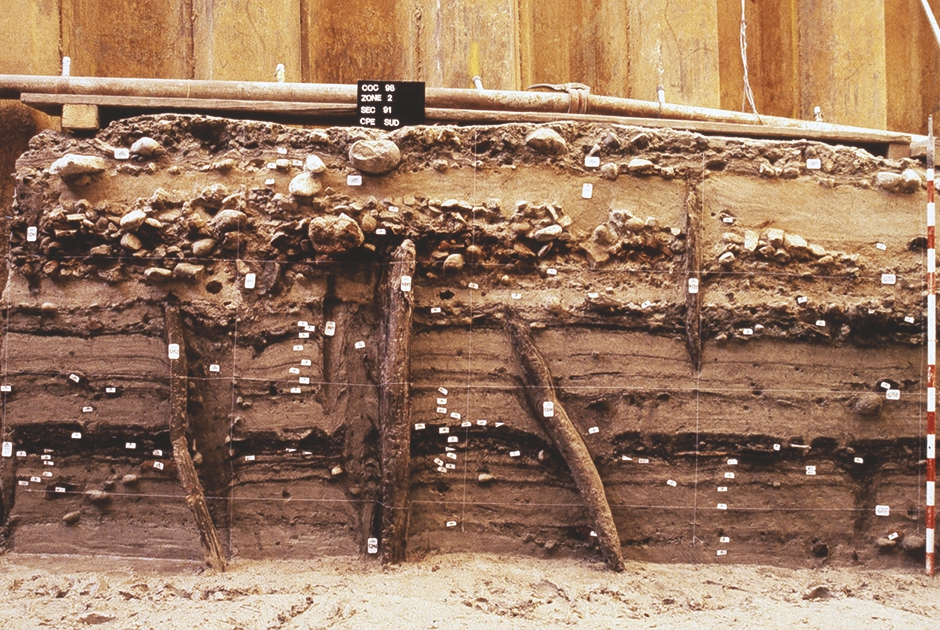 Pile Dwelling up close
The archaeological artifacts that were recovered from the sites of the Neuenburgersee in the Canton of Waadt are exhibited in the Cantonal Museum for Archaeology and History in Lausanne and in the Musée d’Yverdon et région à Yverdon-les-Bains.