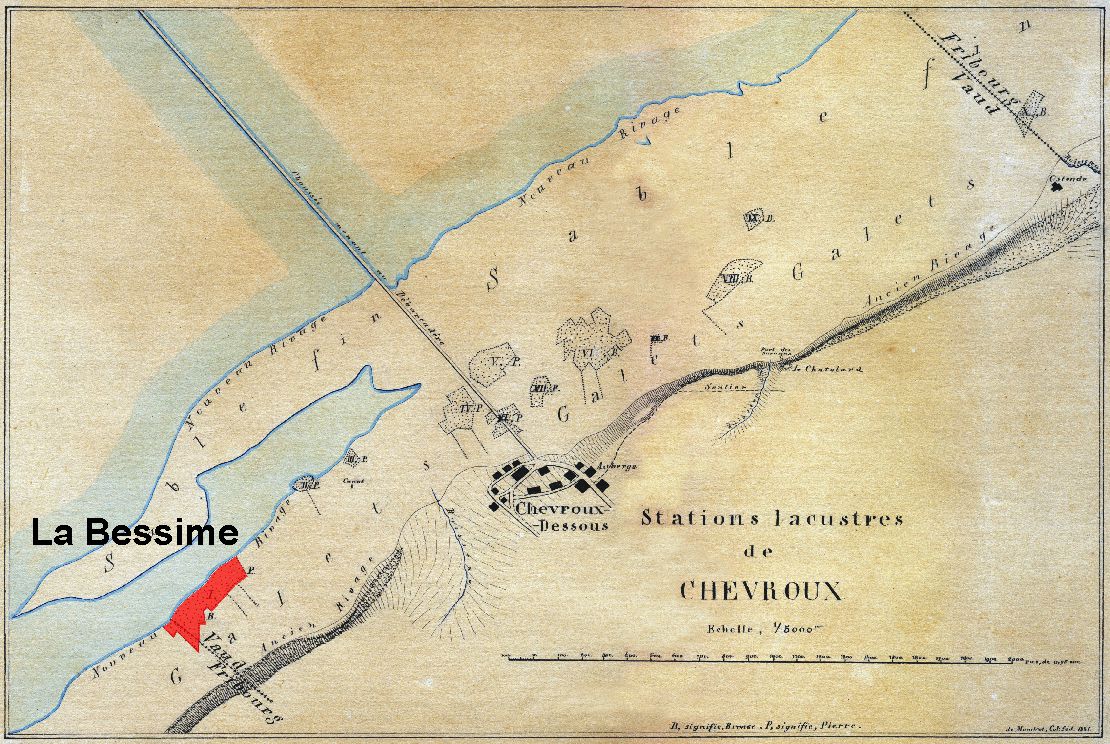 Map of the lacustrine stations in the township of Chevroux, drawn in 1881, by Colonel de Mandrot. In red, the site of La Bessime, with settlement phases dating to the Middle Neolithic and the Late Bronz© Musée cantonal d'archéologie et d'histoire Lausanne

Short Description
The site has been preserved since the Jurassic shoreline modifications of the 19th century. The settlement remains are located on land, in a natural preserve between the swampy floodplain of the river and the nearby woods. Prospections of the site in 1946 and 1950 recovered large amounts of pottery, which was attributed to two distinct archaeological horizons that succeeded one another, and are both associated with the Neolithic Cortaillod Culture. One further settlement phase was documented closer to the lake, and was dated into the Late Bronze Age. In the context of a wide-spread pile field, several archaeological horizons were discovered.

Special Features & Highlights
Extensive prospecting was performed between 2002 and 2003, which confirmed the existence of several lacustrine stations that had been known to exist since the 19th century. 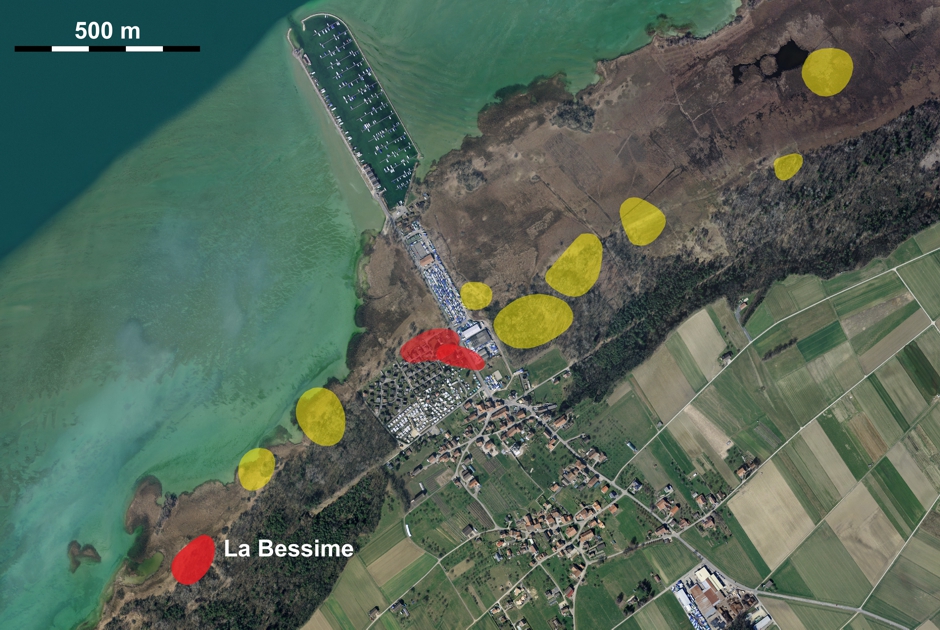 Map of all known lacustrine stations in the township of Chevroux. In red, the UNESCO World Heritage sites, and in yellow, the associated sites © coordinates: état de Vaud, graphic: Pierre Corboud

Pile Dwelling up close
The archaeological artifacts that were recovered from the sites of the Neuenburgersee in the Canton of Waadt are exhibited in the Cantonal Museum for Archaeology and History in Lausanne.