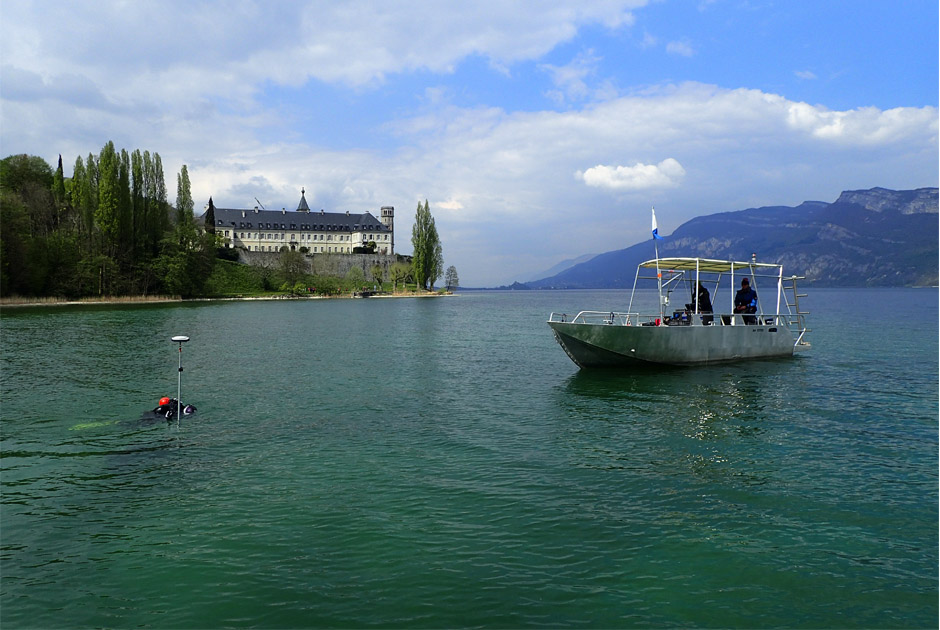 Short Description
The site was known to locals as early as 1864, but not seriously explored until 1980. It was initially surveyed for ten years, and occasionally inspected and monitored during the 2000’s. The site is located in a small bay, where it is sheltered from the prevailing winds by a rocky outcrop – on which the Hautecombe Abbey was founded in 1125. The pile dwelling site is currently covered by 3 m of water. The largest dimensions of the settlement are estimated at 160 m by 60 m.

Special Features & Highlights
In 1989, a small stratigraphic trench of 2 m² was excavated and revealed organic and anthropogenic layers under the lake sediment, up to a thickness of 40 cm. They contained pottery artefacts that appear to have a local genesis, with influences of the Cortaillod and Chassépottery. It is one of the oldest occupations of the Savoy lakes, and one of the best preserved. 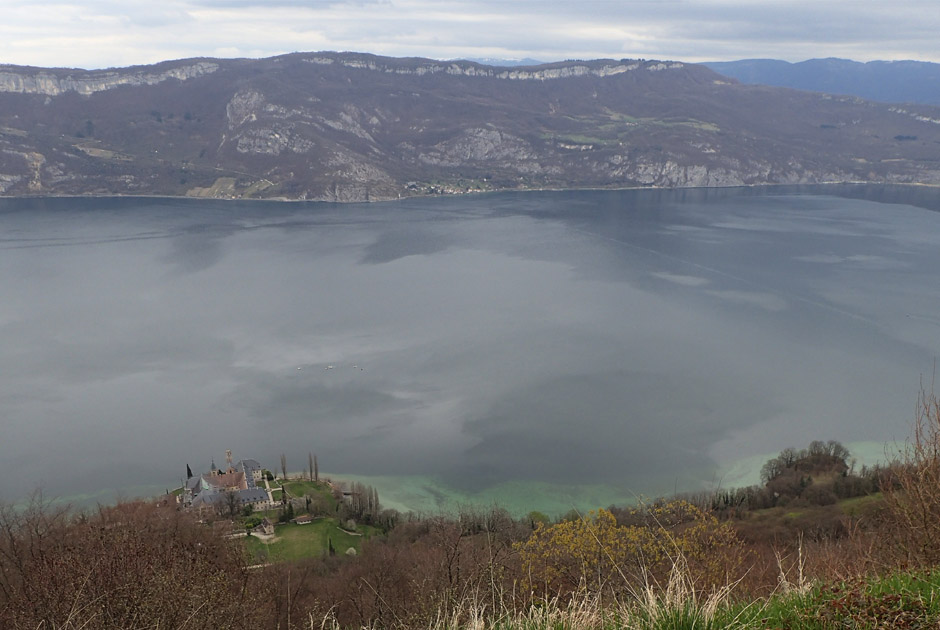 Current Activities
Boating is prohibited in the Hautecombe Bay. The archaeological layers are protected by 30 cm of sand and lake sediments. The site was reviewed in 2017 as part of the monitoring program.

Pile Dwellings up close
The site is not accessible, but Hautecombe Bay is visible from the abbey and from a belvedere (viewpoint) located 300m above, on the road along the lake.